The Fondue Pot Principle — Or, Just How Harshly Is the World Judging You? 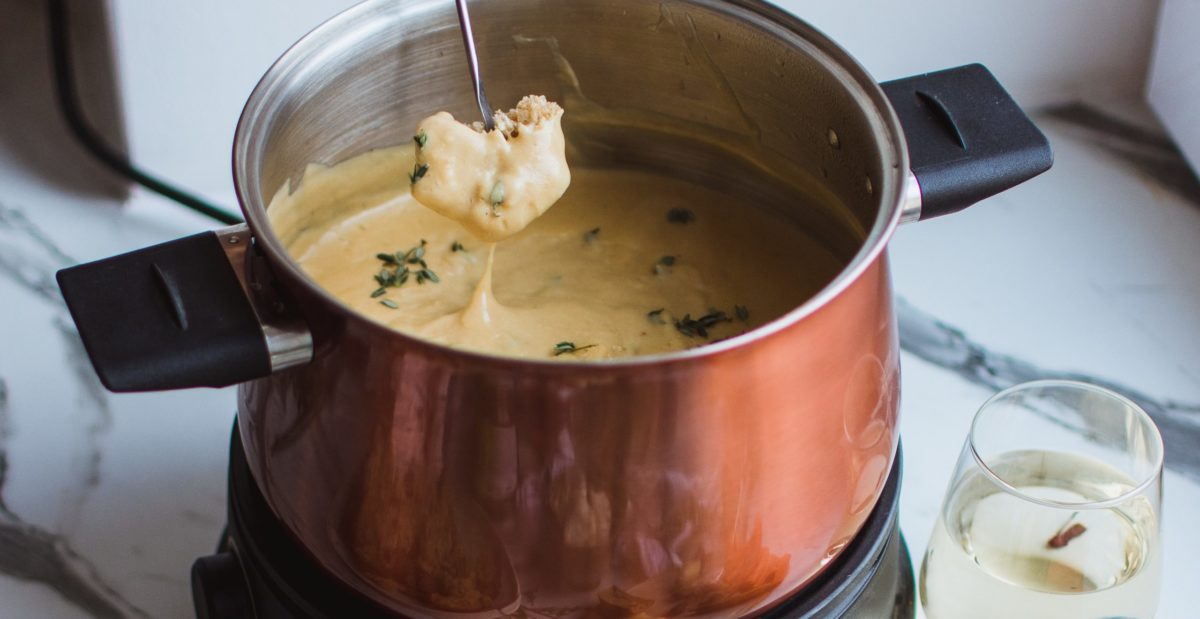 One day I needed a fondue pot. A fondue pot is not something one wants to buy. I have lived over 18,000 days now, and on exactly ONE of those days have I wished I had a fondue pot. But the day in question was that day. So I went to Facebook and put out an all-call for a fondue pot.

Within minutes, my friend Matthew Sullivan had offered to make his fondue pot available. Within a couple of hours, cubes of gruyere cheese were melting in my borrowed fondue pot, and my kids were spearing bread chunks to toast over a Sterno flame.

Matthew Sullivan brought great joy to the Rogers house that day because a) he had what we needed, and b) he was willing to offer it. And I’m pretty sure Matthew got some joy too. (I don’t have any data to support this, but I suspect that at least 2/3 of the pleasure of owning a fondue pot derives from letting other people borrow it; after the first couple of months of ownership, nobody has ever eaten enough fondue to justify the storage space for all those accoutrements.)

But as much as I loved and appreciated Matthew Sullivan that day, how do you think I felt about those hundreds of Facebook acquaintances who failed to come through for me in my hour of need? I made myself vulnerable. I expressed a need. Ninety-nine percent of my Facebook so-called “friends” were absolutely no help. But do you know what? I wasn’t mad at them at all. My joy at Matthew’s provision was untainted by everyone else’s failure and indifference.

Was this saintliness on my part? Perhaps. But also, it would be ludicrous to be mad at people for not having a fondue pot. Especially when I don’t have a fondue pot of my own.

Theorem: You can only give what you have—but that’s just fine.

Corollary A: When what you have to give matches up with what people need, those people feel delight, appreciation, and other good feelings.

Corollary C: Unfortunately, the “very few exceptions” mentioned in Corollary B tend to be the people who are closest to you.

That Corollary C is a doozie. It’s the main reason Corollary B may seem hard to believe. We will return to it in a minute. But first, some real-world application.

I cannot dunk a basketball. I am starting to think it’s never going to happen. (I hope that doesn’t sound defeatist.) While this shortcoming has caused me some disappointment, nobody else feels disappointed or let down. Basketball skills just aren’t what I bring to the world. Even people who love basketball aren’t disappointed in me. They’re too busy enjoying LeBron James. And speaking of LeBron James, nobody watching LeBron James play basketball has ever said, “Too bad that guy’s a mediocre cook.”

For the most part, this is how the world works. The world is set up to benefit from your strengths and to pay little attention to your shortcomings. Your friends love you for what you bring to their world. They don’t think much about what you’re not bringing. You’re bad at math? Ok. As long as you’re not trying to pass yourself off as a certified public accountant, the wider world isn’t going to care one way or another about your math skills. You don’t need to be self-conscious, though you may need to find somebody who can help with your personal finances.

You’ve probably heard it said that nobody is thinking about you because they’re too busy thinking about themselves. This idea is related to the Fondue Pot Principle, but there’s an important distinction. The Fondue Pot Principle suggests that the wider world cares about what you DO bring a whole lot more than it cares about what you DON’T bring. I don’t mean to suggest that the world is waiting with bated breath to see what you’re going to do next. I mean only to suggest that when you give what you have to give, the potential upside is quite a bit greater than the potential downside.

You may find it hard to accept the idea that the overwhelming majority of the people in your world are unaware (and uninterested) when what you bring doesn’t match up with what they need. This brings us back to Corollary C: the people who ARE conscious of your shortcomings and failure are the people who are closest to you, and with whom you spend the most time.

Corollary C touches on complexities of human relationships that I can’t unpack here (actually, I’m not sure I could fully unpack them anywhere). This is a letter about writing, not marriage and family counseling. I mention Corollary C of the Fondue Pot Principle because I think it helps explain why our inner critics are so much harsher than they have to be. Writing problems, as I often say, are rarely just writing problems. Your relationship with your reader isn’t nearly as fraught as your relationship with your parents or siblings or spouse or kids.

Your job as a writer is simply to give the reader what you have to give. In this week’s episode of The Habit Podcast, songwriter JJ Heller talks about a line from one of her songs: “I’ll sing the song that only I can sing.” Yes. Exactly. That’s all your reader is expecting from you—to give what you have to give. Nobody is judging you for what you don’t have.

Photo by Klara Avsenik on Unsplash